ROCK of Africa Mission is a Christian relief effort delivering hope to the struggling people of sub-Saharan Africa providing food, clothing, medicine, education about HIV/AIDS, support to pastors, support to schools, care for orphans, vocational training and comfort to the sick and dying.

People living in the rural areas of Zimbabwe and Zambia face enormous difficulty. Because of severe food shortages starvation has become a serious problem. One of every five children born in this area will die before age five from malaria and nearly one third of the adults are HIV positive. The United Nations World Food Programme (WFP) has described this region and its combination of chronic poverty, food shortages and HIV infection rates as "the world's worst humanitarian crisis." 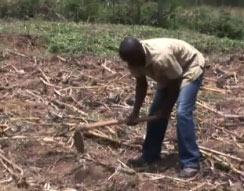 ROCK of Africa delivers HOPE to Africa by giving protection from starvation.

Starvation is a real problem in Zimbabwe and Zambia

Economic and political turmoil has proved devastating to Zimbabwe. Today, Zimbabwe can no longer even feed itself. Today, starvation is a real problem and has cost many lives in Zimbabwe and Zambia.

Emergency food relief has been sustaining much of Zimbabwe and Zambia, but it has created a dependence on handouts and a hopelessness regarding the future. What is greatly needed is a way for people to provide for themselves. 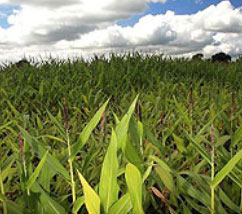 By distributing survival kits of maize seed and mosquito nets, ROCK of Africa Mission is helping  families regain dignity.  Fathers are providing from their families. Sons learn by a father's example that manhood is providing for their families and not waiting for a handout. A future with HOPE is replacing the hopelessness of dependence on others.

Today in southern Africa, more and more rural families are providing for themselves, and even GIVING to their neighbors. With over 1 million children orphaned from the devastating HIV/AIDS pandemic, many widows and orphans need help. We want all African men to realize the dignity of providing for their families and the JOY of GIVING to others in need.

ROCK of Africa delivers HOPE to Africa by giving protection from malaria. 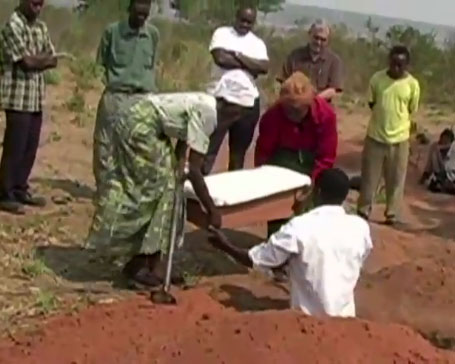 Every minute, a child dies from malaria.

Malaria is a tremendous problem in southern Africa. While HIV/AIDS is a tremendous killer in Zimbabwe and Zambia, it is NOT the number one killer. More people die from malaria in Zimbabwe and Zambia than any other reason. Malaria is the number one killer in Southern Africa.  In rural villages malaria is especially lethal. If malaria is not treated promptly it can become very deadly, very quickly.

From a  National Geographic article: "It's difficult to comprehend how thoroughly Zambia has been devastated by malaria. In some provinces, at any given moment, more than a third of all children under age five are sick with the disease. ...An African youth can be happily playing soccer in the morning  and dead of malaria that night."   Read complete National Geographic article on malaria.

Sleeping under a mosquito net can reduce malaria infections by up to 90%.

Malaria killed 655,000 people in 2010.  Ninety-one percent of malaria-related deaths occur in Africa, the majority of whom are children under 5 years of age. Over 20% of all children born in this region die before age five because of mosquitoes carrying malaria.  Sleeping under a mosquito net saves lives!

ROCK of Africa is a relief outreach of the World Bible Society, a nonprofit 501(c)(3) charitable organization. Gifts are tax-deductible.